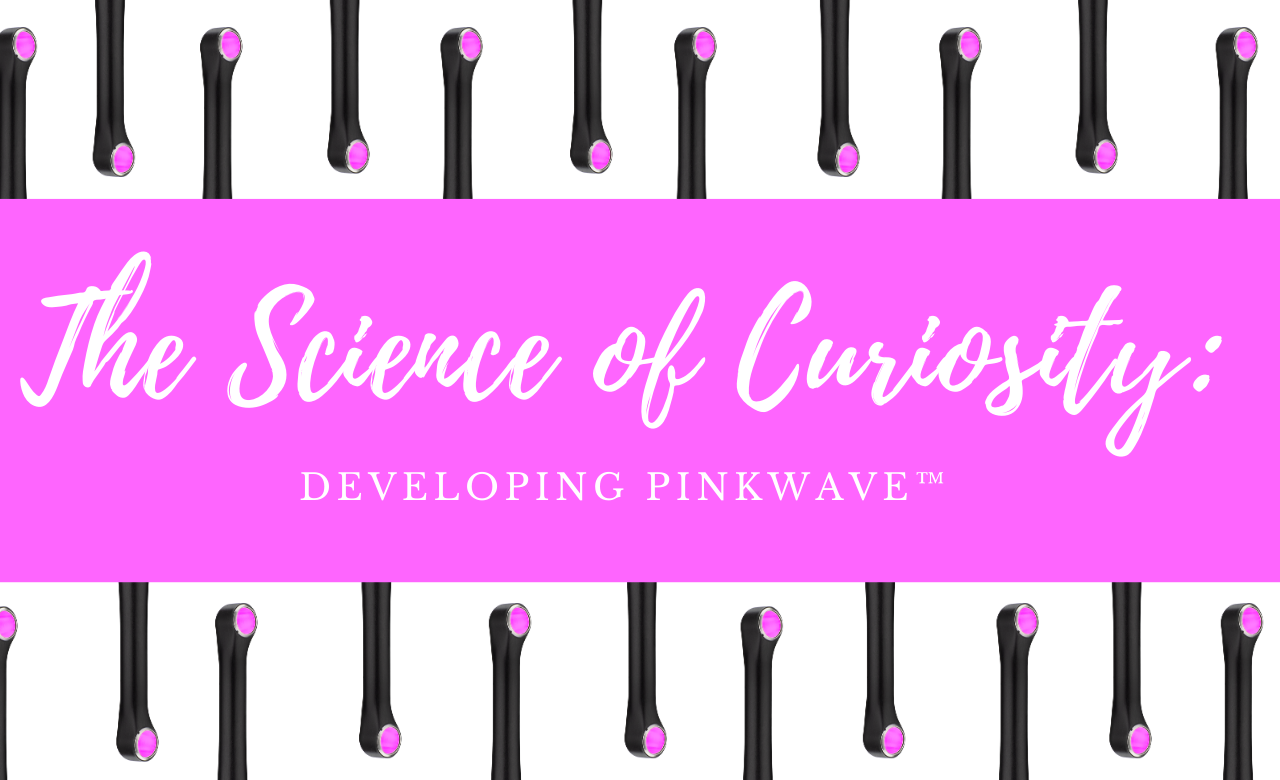 PinkWave is a new and fun way to cure. PinkWave curing lights are equipped with QuadWave™ technology and features a built-in transilluminator. PinkWave has quickly become a fan favorite and the first of its kind. Birthed from curiosity, PinkWave was the brainchild of Brett Arand, Alex Johnson, and John Baeten, much like that of their near-infrared (NIR) which was technology invented prior to PinkWave.

“We started out investigating effects that different wavelengths of light had on heating and curing dental composites. We found that applying red and infrared wavelengths of light to the composite improved both handling and curing characteristics. After extensive research, we patented the technology. We first used it in the Phasor, which heats composite prior to placement, to improve the flowability and handling, and now in the new PinkWave curing light to reduce shrinkage and increase polymerization during curing.”

“While developing our Phasor device, which utilizes NIR energy to heat dental composites in seconds at the point of delivery, we wondered to ourselves, if this same technology could enhance standard blue light curing. We had no idea if this would work. After some quick and dirty benchtop testing, we noticed huge increases in composite hardness when we added far-red and NIR wavelengths to standard blue wavelengths,” explained Alex Johnson, product development engineer.

In total, the project took exactly two years and seven days to complete, from ideation to shipment. Sara Travia, Vista Apex engineer, said, “PinkWave changed hands over to me back in 2019 after Brett, Alex, and John had started the project. PinkWave is cool, even from just an aesthetic standpoint. I’ve tested competitors, and the user interface, combined with the design itself, gives it a unique edge.” While everyone that’s helped with PinkWave along the way loves it for reasons of their own, one opinion remains consistent; Curing has been reimagined.

“Its ability to decrease composite shrinkage is my favorite technical aspect. From a user experience, though, I think the fact that the light is “pink” is so cool, as it literally “shines a new light on curing.”