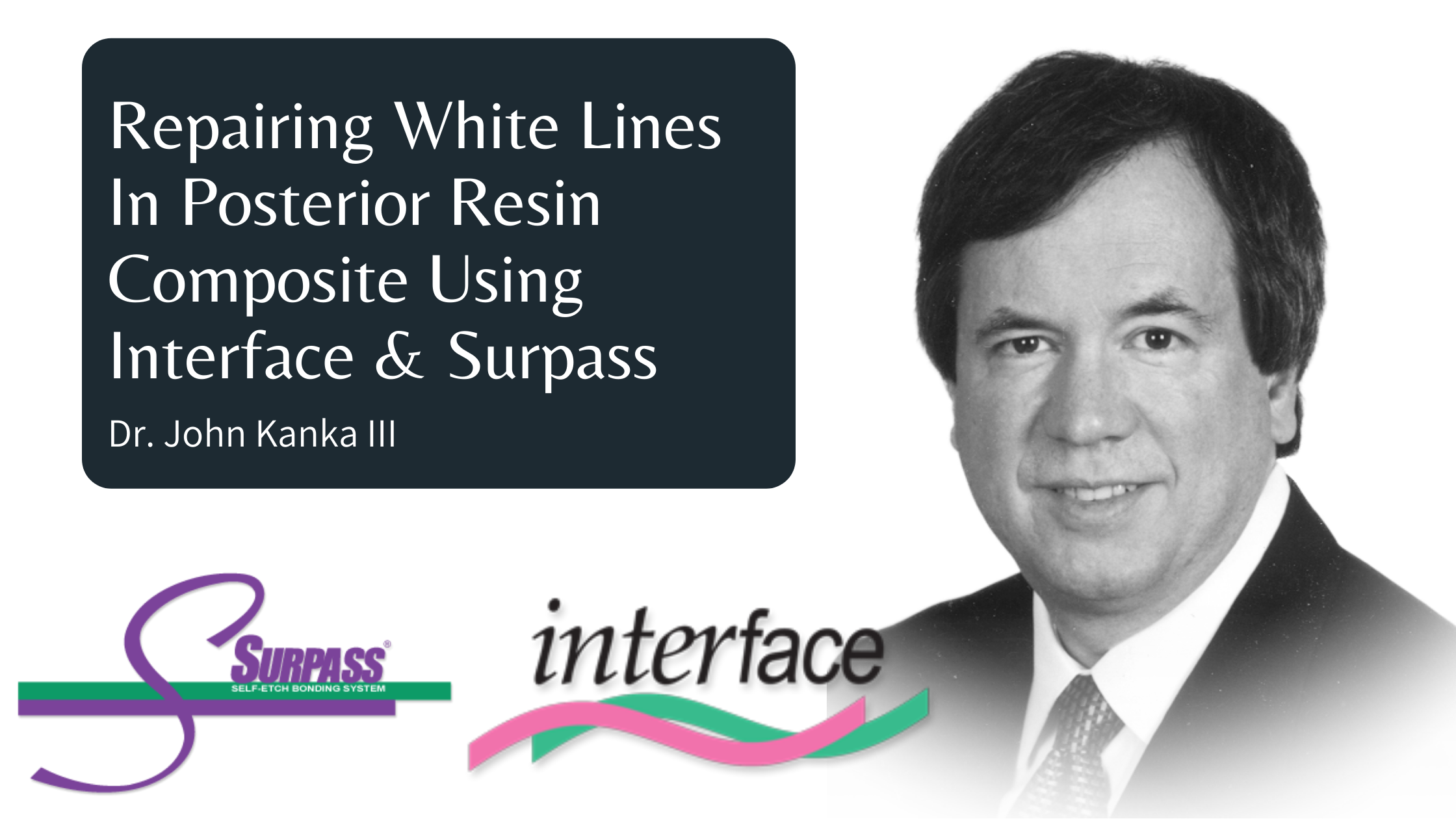 White lines frequently form on the enamel margins of resin composite restorations, especially in the posterior. Polymerization protocols such as “pulse activation” are designed to minimize white lines but despite one’s best efforts, they still may occur. In some cases the enamel itself has taken a beating occlusally or lingually and is more friable than normal and is more susceptible to damage caused by polymerization contraction. White lines should not be ignored as they will often evolve into something worse. The image below is an example of a white line around a posterior resin composite.

After 4 years in the mouth the white lines can become brown and stained (see photo below).  Staining of the margins indicates the permeation of substances into the interface between the restoration and the tooth and may result in secondary decay.

White lines can be repaired. One solution would be to ditch out the affected margins, rebond and replace the resin composite, but this is tedious and time consuming. Etching the margins and applying more resin adhesive is not effective as it does not penetrate the defective margin. I’m going to walk you through the easiest, most effective way of repairing white lines.  The image below is the starting point for the repair.  It illustrates the presence of a white line around resin composite restorations on the occlusal and the facial of a first molar.

To repair the white line, the tooth is first isolated and then dried thoroughly. A drop each of Interface A&B are placed in a well and allowed to mix. Once mixed, the solution is rubbed into the white lines until they disappear (about 30 seconds). The affected area is then dried THOROUGHLY and Surpass 3 is applied and air thinned. The repaired area is then light-activated for 10 seconds on each treated surface.  If the defect is large enough to visualize any kind of opening, a flowable resin composite should be applied and rubbed in with a micro-applicator, thinned and light-activated.

White lines can be repaired. One solution would be to ditch out the affected margins, rebond and replace the resin cWhile it is preferable to avoid developing white lines altogether, sometimes they simply cannot be avoided. If they do occur, it is critical to repair them to avoid leakage and secondary decay. The method presented is the quickest, easiest and most effective way to accomplish this repair.